An open letter to everyone who reads this blog:

Did you know that, in Ontario, where I live, public health care pays for drugs administered in the hospital but not (most of the time) for those that are administered orally or at home? I've been extremely fortunate that most of my drugs were covered by OHIP and those few that weren't (mostly for mitigating side effects) were covered by my private insurance.

My friend Sue hasn't been that lucky. The chemotherapy drugs she needs for her lymphoma are best administered at home. As Sue points out, this is less expensive (the overhead costs are low and the possibility of her catching something that would land her in hospital is much lower) but she has been forced to pay for this life-saving treatment herself.

Sue is, without exaggeration, one of the kindest most generous people I have ever known. For many years (I first met her in 1996), she worked in a local pet supply place, where she provided advice and support to countless people and their pets. She seemed to remember every person and animal she met, whether on the street, in the dog park or at the store. She has personally rescued more than 500 dogs but knows how to help without passing judgement. I've never met anyone like her.

Not long ago, the store she worked for was sold to a chain and the new owners decided to lay off the senior staff, in favour of less-experienced minimum wages workers. On Sue's last day, hundreds streamed through to deliver presents, wish her well and give her hugs. She is a very loved part of our community.

When Sue was diagnosed with cancer, she was still without the benefits she lost when she was laid off. There are programs that help with the costs of drugs but they required that she must first drain her bank account of the money she'd received as severance pay and an inheritance from her mother, who passed away recently. So far, she has spent $50,000 of her own money.

She will soon have burned through all her savings and her inheritance. She will qualify for provincial support but will not have money to pay her rent and continue treatment during the waiting period. Will you help us close that gap? An online fundraiser has been set up to "keep the cancer treatments coming." Even if you can't help with a donation, please spread the word. I'm sure that we can reach the fundraising goal of $5000.00.

Sue's story could have been mine. This could happen to someone you know and love. We need to change this arbitrary line drawn by OHIP. But in the short term, let's help Sue, who has given so much help to so many people.

Last fall, I got tired of feeling crummy all the time. I'm sure the fatigue and the gastrointestinal issues were exacerbated by the round of antibiotics I'd had to go on after my surgery but I just wasn't getting better. I needed to give myself a chance to heal.

In the spring, a cousin and her spouse had been on the Brown Rice Diet. Laura also happens to be a naturopathic doctor, so I had asked her about it at the time and got her to send me the info. It's not a diet in the weight loss sense of the word but more of an elimination of all potential allergens. For three weeks, the only grain I ate was brown rice. I ate chicken, fish and a bit of lamb but no other red meat and no shellfish. Alcohol, dairy, sugar and all processed food were also verboten - but I could eat as much of anything as I wanted.

At the end of the first week, I was ready to chew off a limb. Despite consuming lots of food, I was hungry and irritable. I almost gave up. Instead, I increased my protein intake and two days later I felt flat out amazing. I had tons of energy, no cravings at all (I sat in front of a table full of wine, chocolate and cheese at book club and sipped sparkling water, not minding at all). I lost 10lbs, which I'm told was water weight, as I let go of sugar induced inflammation.

At the end of three weeks, I reintroduced grains, like quinoa that don't contain gluten. I was fine.

I introduced bread and got sick. My son was also ill, so I decided it might be a coincidence, and that I should take gluten out of my diet and reintroduce it later.

I had no reaction when I reintroduced yogurt. Or cheese. I re-introduced gluten and got sick again.

Over the holidays (Chanukah, Christmas, New Year's...) I ate pretty much whatever I wanted. I felt sluggish, bloated and irritable and by the new year, was ready to eliminate gluten again.

After a couple of weeks, I didn't feel fantastic but I didn't feel terrible. Mostly, I was irritated that I couldn't eat gluten. I missed Tim's home-made bread. I missed the chocolate cookies from the Wild Oat. I missed beer. I started to wonder if there was a point to all the deprivation.

Then came Tim's birthday and I decided to make Too Much Chocolate Cake. And, after three weeks without gluten, I had a giant slice. Then I had another one the next day. And the day after that, I was  a mess. My distress was not so much gastrointestinal as emotional. I was irritable angry furious. I was depressed. I was in despair. It was awful. And then, suddenly, it was over. I felt fine again.

So the gluten is gone for good (Tim says that the scientist in him would love to give me a slice of chocolate cake, just to see what happens but, out of self-preservation, he thinks that would be a bad idea).

I'm still figuring out what it means to be gluten free. Sometimes, I'm surprised by how easy it is. Other times, I feel frustrated that it feels complicated.

I don't feel amazing.. To do that, I guess I'd have to cut out the alcohol, sugar and processed stuff. Maybe that's next but for now, I'll just try and keep it to a minimum. 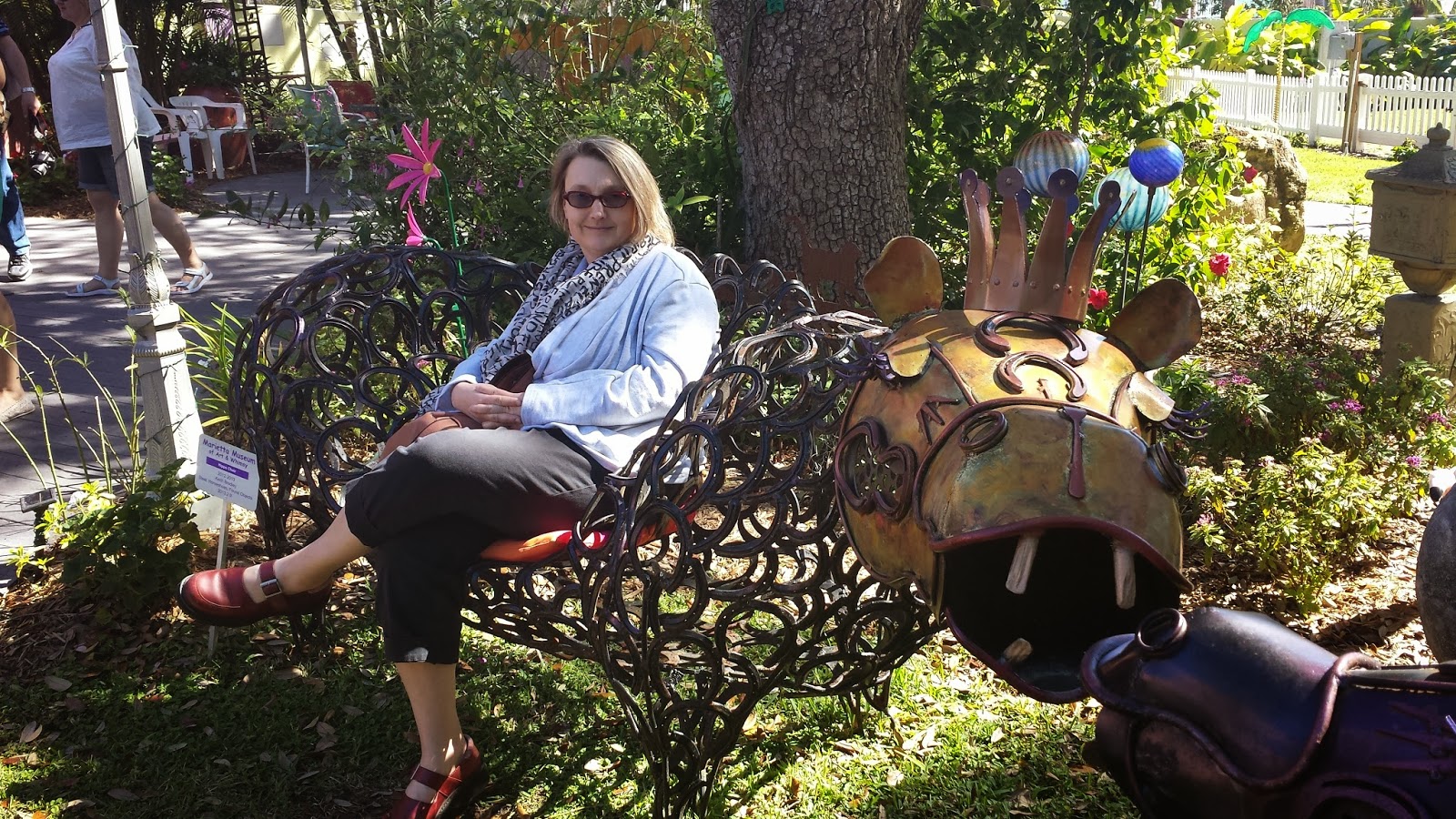 Email ThisBlogThis!Share to TwitterShare to FacebookShare to Pinterest
Labels: food, pissed off, things i do for my health


I was talking to a psychologist about anxiety a couple of weeks ago and he used a metaphor that I found to be very helpful in thinking it all through.

"Are you afraid of snakes?" he asked.

"OK. So imagine that I'm deathly afraid of snakes and one falls through the ceiling, as we sit here. What am I most likely to do?"

"And what's likely to happen to the level of my anxiety, once I'm on the other side of the door?"

"But next time I come across a snake, what will happen to my anxiety?"

"It will spike again."

"So imagine that you are somewhat of a snake expert. What if you reassured me that this particular snake was harmless? What if I stayed in the room and you showed me that it's just a harmless garter snake and that nothing bad happens when we stay near it. What happens to my anxiety then?"

"It would go down a little."

"And the next time, I come across a snake?"

"You'd still feel anxious but perhaps not as much."

"Exactly. It's not comfortable to work through anxiety but that's exactly what makes it lessen. And hopefully, in confronting your fear, you could eventually make it disappear. Or at least diminish to the point that it doesn't affect your ability to function."

This metaphor really, really resonated with me. I told my own therapist about it and she really liked it too. It's become a short form for us. I will tell her about something that scares me or that I'm hesitant to do and she will ask, "What's the snake in that story?"

"I'm afraid that it won't be good enough."

"I don't want to feel guilty or ashamed."

"I worry that I am uninteresting."

It's been very helpful. And on my own, when I feel unreasonably anxious about doing something, I imagine the snake and how it really is not as bad as it seems.

Unless it's a rattlesnake and then all bets are off. What if the thing that scares you really is as bad as your worst fears? What if it's possible or even likely to happen?

That's the part I'm still trying to figure out. 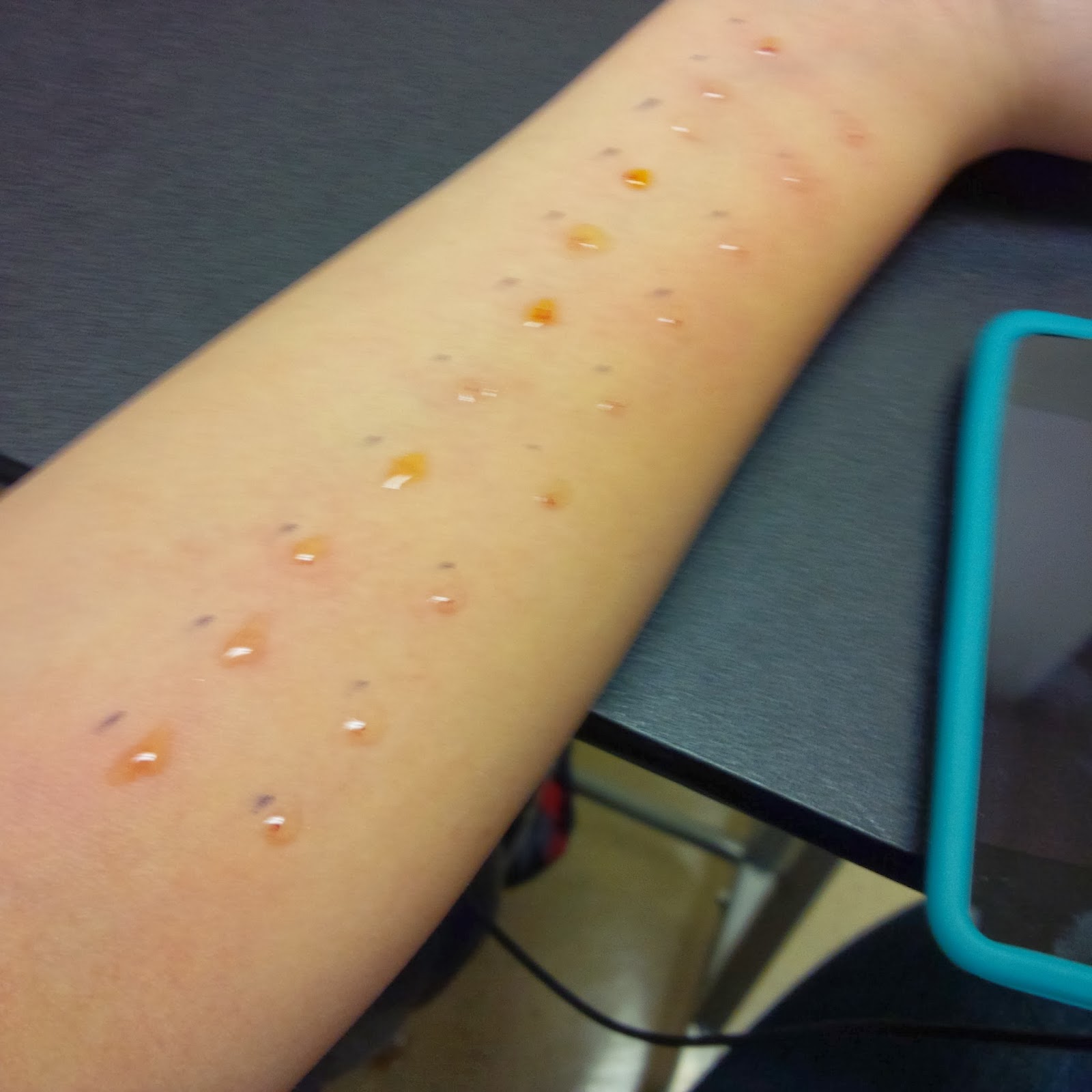 There's been much discussion in recent years of the potential of using small amounts of allergens to help allergic kids develop tolerance and overcome allergies. Most recently, a study was published in The Lancet and featured in the news around the world.

These stories are very hopeful and I bet there is more good news on this front to come. However, as much as I would wish it to be the case, a handful of promising studies don't mean that my peanut allergic son will be giving up his auto-injector.

To the contrary, Daniel just concluded participation in a year long study. For a year, he wore a peanut protein patch on his back every day, removing one patch only to place another in a different spot. And for a a year, he wore a shirt all the time, even when swimming, because he got tired of explaining the loonie-sized welts on his back (this is how we knew he wasn't in the control group).

And when the trial drew to an end, he had the same anaphylactic reaction that he had when he'd first qualified for the trial (they gave him tiny amounts of peanut protein while he was hooked up to IV antihistamine). He actually reacted more quickly after a year of exposure. We have since learned that of the dozen or so kids that have finished the Canadian trial so far, half have improved, while the rest have not.

We saw the allergist a couple of days ago and he theorized that the most allergic subjects would be the least responsive to this kind of treatment. What's more, he was not surprised that Daniel is now allergic to chick peas, peas and probably other legumes. They are "cross-allergenic" with peanuts and this new allergy could well be related to the year of peanut exposure.

He's also added birch and elm (which may just be random, I don't know enough to say) to allergies to maple, all nuts, peanuts and cats.

The one bit of good news we got was that Daniel has outgrown his allergy to dogs. Since the notion of "hypo-allergenic" dogs was thoroughly dismissed by this same allergist a few years ago, we've felt a bit guilty about our dog's presence in the house and have tried to keep her out of his room. Now we don't have to.

Or, as Daniel says, "Now we can have five dogs." 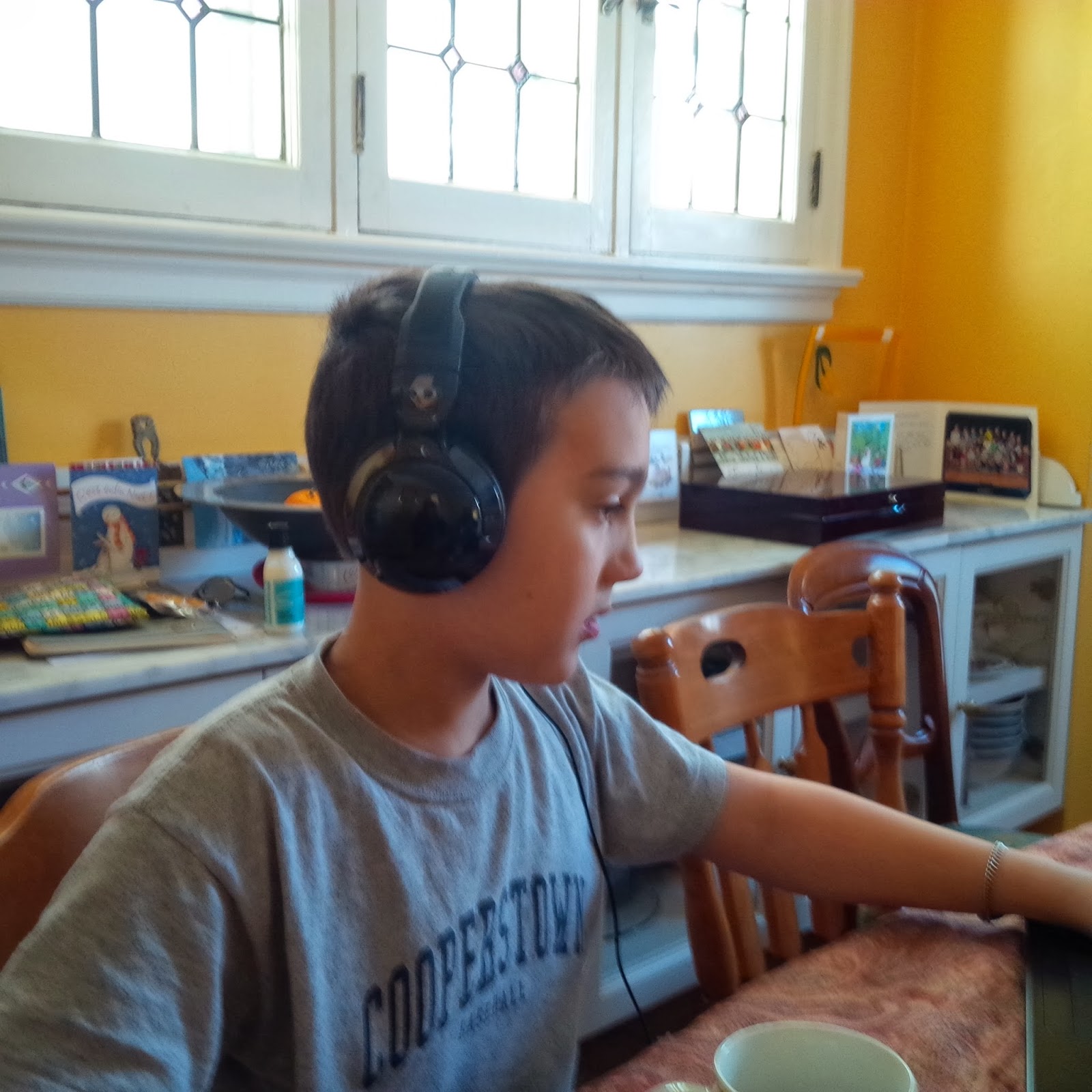 Update: Dreamfilm Productions told me in the comments that they have a documentary airing on The Nature of Things on February 27. It looks fascinating. I definitely plan to watch.


Me: "Why is there a hockey stick in our bedroom."

Tim: "I was using it to knock down the icicles."

Me: "Oh. That makes perfect sense."