we are a community. and we need to be heard 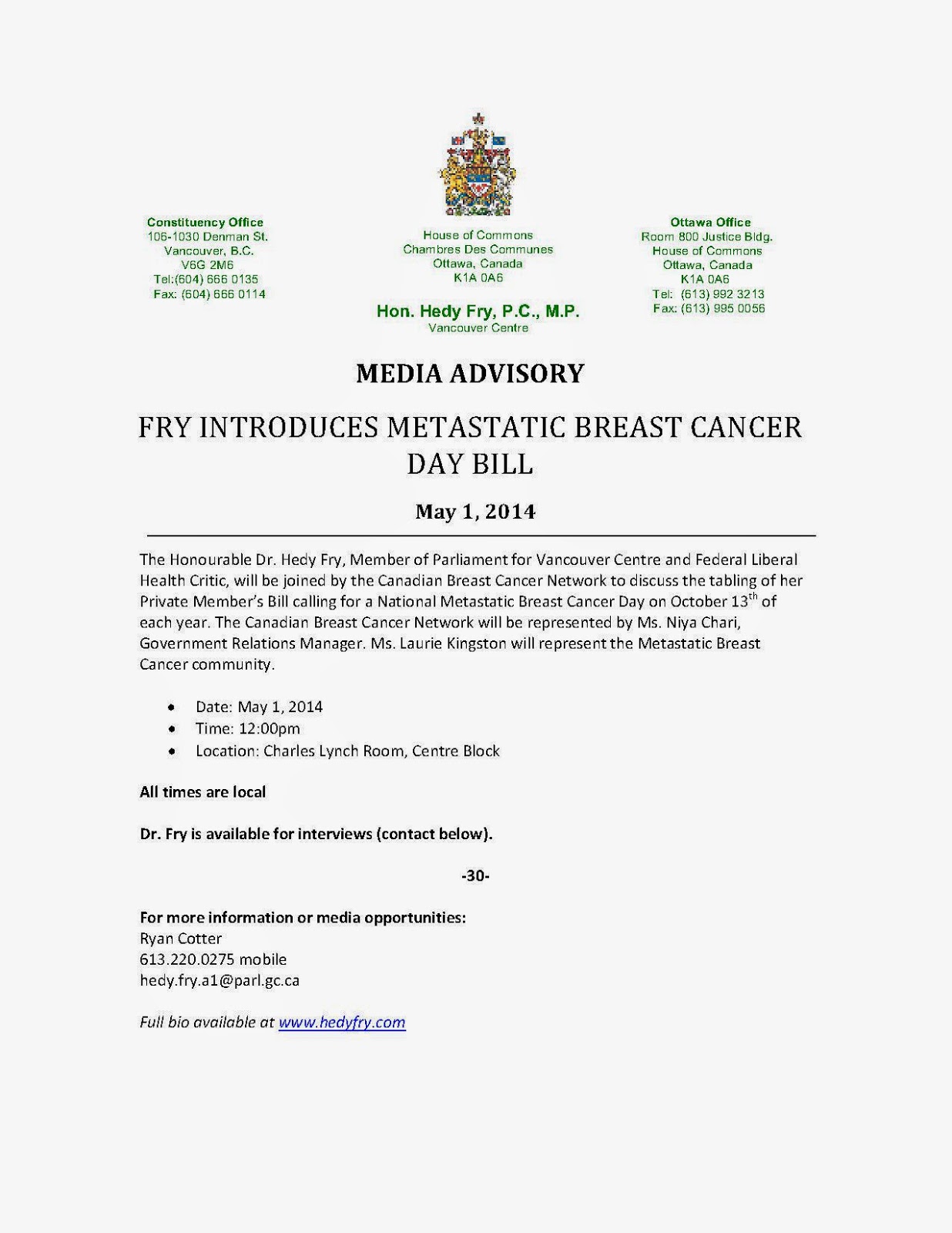 I was going to post about Blog Out Loud Ottawa (#boloottawa) but that's going to have to wait because I want to tell you all about something that's happening tomorrow.

I paused for a moment at the description of my role at the table but then realized how very accurate it is. As much as I wish I didn't have metastatic breast cancer, I am very proud to consider myself part of the MBC community. I'm among some very good, smart, organized, supportive, strong advocates for change.

Metastatic Breast Cancer Awareness Day has already been designated by the US Congress and Senate. A Canadian MBC Awareness Day won't effect change on its own but it's a step in the right direction.
Posted by laurie at 8:42 pm 3 comments: 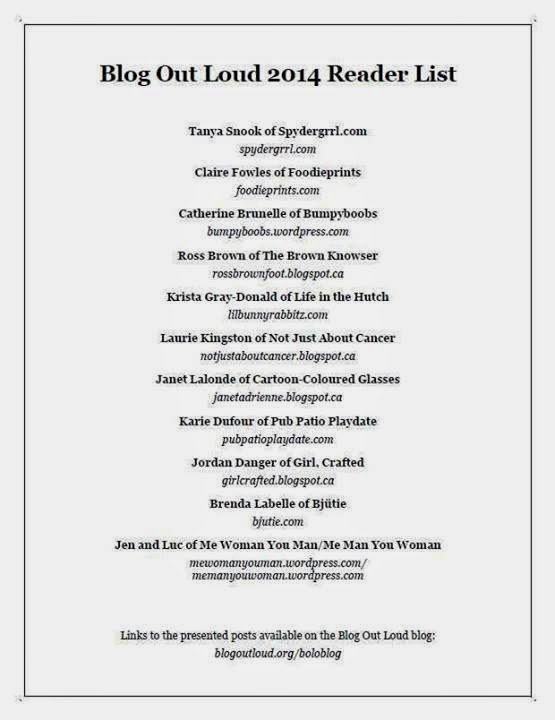 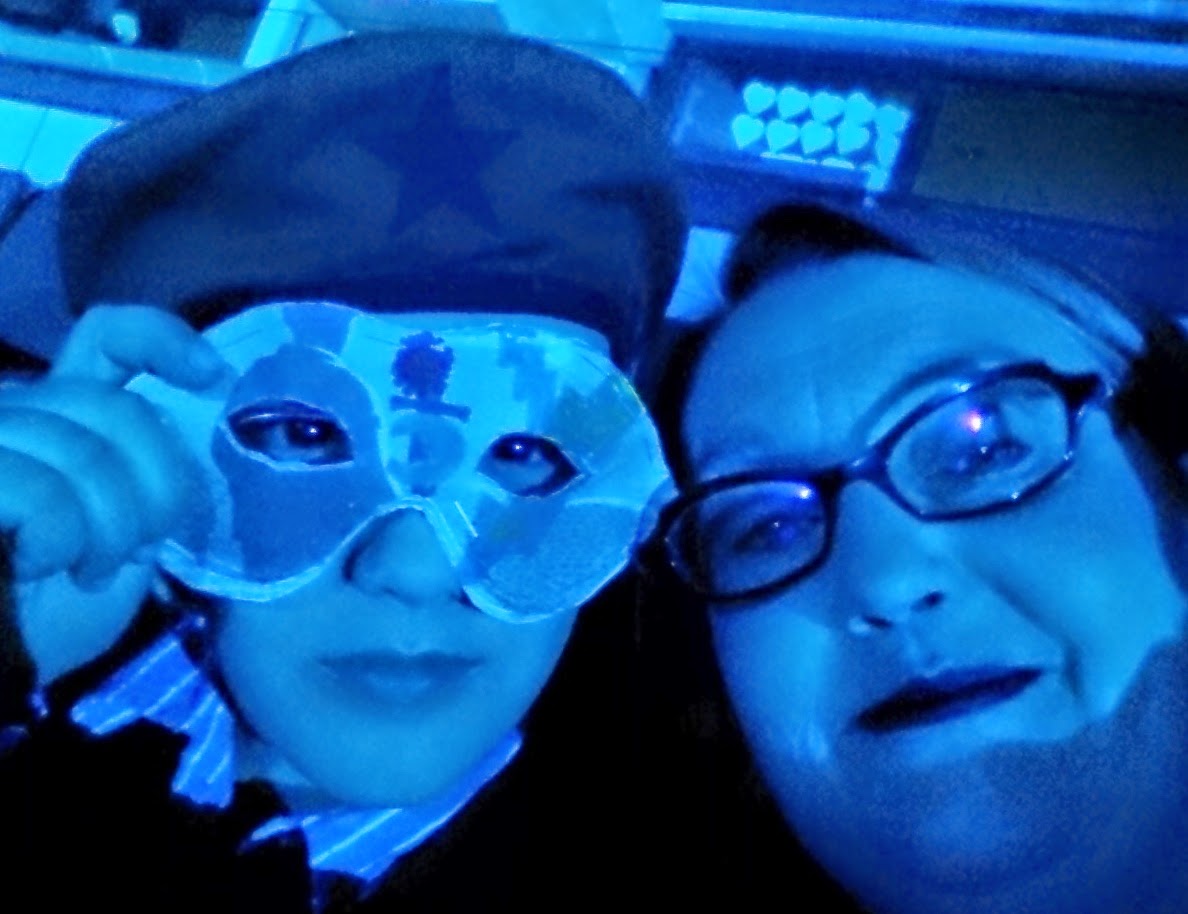 Exactly how often should someone living with metastatic breast cancer undergo the tests that monitor our health?

These CT scans, ultrasounds and MRIs are inevitably nerve-wracking, expensive (even if we don't pay for them out of pocket) and sometimes come with a risk of cancer inherent in the test itself. Cancer patients waiting for tests results refer to being in a state of "scanxiety."

It's impossible to describe what it feels like to wait for test results, unless you've been there.

And those of us with metastatic breast cancer go through it over and over again. It's brutal.

When you live with metastatic cancer, one of your greatest challenges is balancing potentially life-saving interventions with the quality of the life you're keen on saving. It's important to check often enough that you catch any change quickly but not so often that you spend your entire life waiting for tests, undergoing tests and then waiting for results.

Because that can be paralyzing.

I was speaking to a friend last week who was considering delaying scheduled scans by a few weeks. She said that it  had been implied that she wasn't fighting the way she once had. This made me furious on her behalf, as I can completely understand her need for a period of sanity, when cancer isn't always at top of mind.

In my case, I have the advantage of being in remission and the disadvantage of having an un-protected brain. I know it could just be a matter of time until the next brain tumour. I want to be able to catch it quickly. I also want to stop living my life from scan to scan.

I currently have brain MRIs every three months, at the suggestion of my surgeon. My oncologist would like me to wait until I'm symptomatic but I just can't do that. I have symptoms all the time. Symptoms of brain tumours include headaches, irritability, nausea and clumsiness. Who doesn't feel any of those things from time to time?

My last scan was April 10. On April 14 my lovely GP called me and opened with the line, "Want to hear the good news?"

All is well and I can wait another three months until I go through all of this again.

Or maybe I'll let it stretch to four. 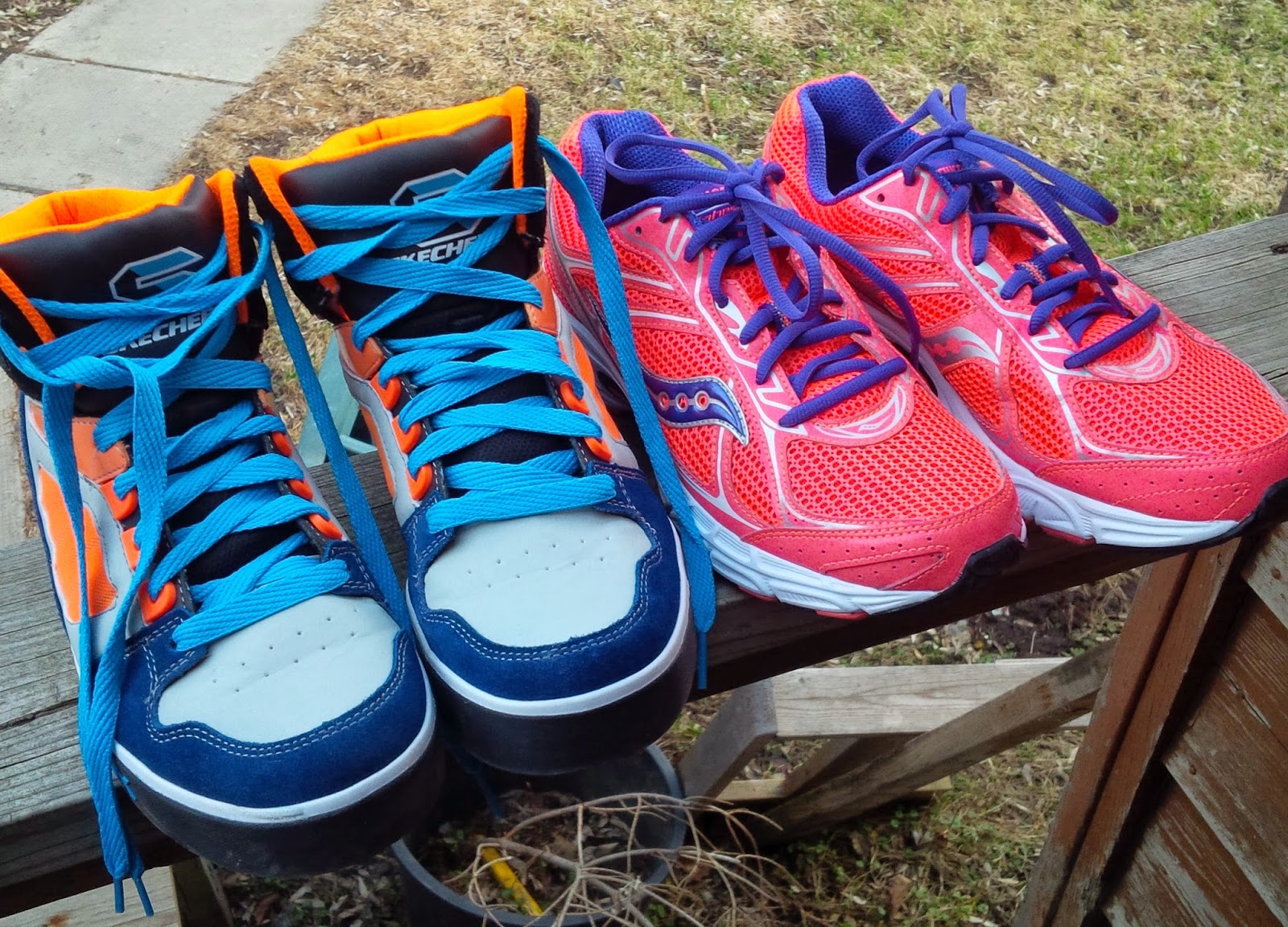 What was I thinking?

Actually, I am very proud of myself for submitting a post to this annual event and prouder still for having been chosen (although this pride is mixed liberally with "why me?"). Blog Out Loud is organized by the fabulous Lynn Jatania and this year the event will be part of Ottawa Writers Festival. So after next Tuesday, I get to say that I've read at Writers Fest. How cool is that?

Here are the details:

Who: Anyone who likes to hear good stories or see amazing images is invited to attend

There is no charge to attend.

I'd love to tell you which post I'll be reading but I've been asked to make it a surprise. You'll have to come to Blog Out Loud to find out.

that could have been me

Last week, I was very moved by an interview on CBC Radio with Newfoundland actor-comedian Andy Jones and his wife Mary-Lynn Bernard on the radio about the death of their son, Louis who "passed away by his own hand after a lengthy and brave battle with mental illness...age 28 years." (from Louis' obituary)


Despite pain that was practically palpable, Ms. Bernard and Mr. Jones have been doing media interviews across the country to shed light on mental illness and the very high toll takes on those affected and their loved ones. I was very, very moved by their story, and the brave decision they have made to share it.

It brought back a very intense memory, part of my own ongoing struggle with depression and anxiety This is just one of my stories:

I remember crawling under the kitchen table in the house we were renting, turning to face the wall and pulling my knees to my chest. I wanted to make myself as small as possible. To disappear. To cease to exist.

I felt defeated and ashamed. I was a failure.

After many, many months of pretending, hurting, numbing, self-disgust, suicidal fantasies and giving up on getting better, I had accepted a prescription for anti-depressants.

Depression, as I experienced it, felt like a heavy weight on my chest and limbs. I could not fall asleep at night and then slept for most of the day. When I did get up, eating and dressing would exhaust me and I would sit in front of the television, hair and teeth unbrushed, flipping the channels aimlessly, not really watching. When I did have to leave the house on my own, I wanted nothing more than to be invisible.

This lasted for months. I was 25 years old.

This was not my first episode of depression and anxiety (I started to wrestle with this in my teens) but it was the longest. And it was the first that did not seem to go away on its own. And so, in the end, I took the prescription. It took a few weeks and a change of meds (the first drug seemed to do nothing for me) and one day, as I was out with the dog, I realized that the fog had lifted.

I wasn't euphoric. I didn't feel like a different person. I just felt lighter. And interested in the world around me. I felt better. I had hope.

I'd like to say that was the day I stopped blaming myself for my illness but it wasn't. More than once over the next few years, I took myself off the medication that helps me stay healthy because I was ashamed to be taking it. I didn't know then that abrupt withdrawal can be very dangerous. One time, I actually got off a plane at a stop-over and went to a friend's house because I was so overwhelmed with the desire to harm myself. It took me years to realize that for me, the drugs help and there is no shame in taking them.

This is not to say that everyone dealing with depression needs medication (they don't). Or that everyone needs to stay on it (they don't) but I do, along with talk therapy, exercise, good nutrition and the support of the people I love. I have to stay vigilant and watch for the signs that I need to slow down and take care of myself.

It's only in the last couple of years that I've started to talk about my depression. When I worked, it was my deep, dark secret - onne I realize now I very likely shared with several of my co-workers. There are so many of us who live with mental illness and never talk about it.

My point in sharing all this is to let go of a bit of the shame and chip away a little at the stigma. Andy Jones said in his interview that "compared to people who do heart surgery, the mental health field is still in the 17th century."

Enough already. Mental illness runs in my family. I'm trying to teach my kids to take care of themselves, watch for the signs, seek help and to never be ashamed of who they are.

And we need to treat mental illnesses like any other. We need prevention, treatment and cure.

Additional reading (otherwise known as some of my very favourite posts from writers who live with anxiety and depression):

"Today and forever" by Jenny Lawson (The Bloggess).

"Depression. There. I said it." by Rachael Herron.


Update: This post was featured by BlogHer on April 4th.