I wrote this in the form of a letter a few days ago. Doing so has been a huge relief to me. I know that it's not the same for everyone but expressing myself in this way has been both calming and freeing.

I have sent it already to family and to friends with whom I have been speaking. It helps a lot because we can start the discussion from here and I don't need to explain from the beginning each time. Or not talk about this stuff at all, in the knowledge that they know.

It works for me.

You should also know that I learned all this on March 4th (and suspected before because of the symptoms I was having). The news was worse than I had hoped (of course) but I have had some time to absorb and, given that I have also turned the corner on the Cyber Knife am doing pretty well.

Most of the time. 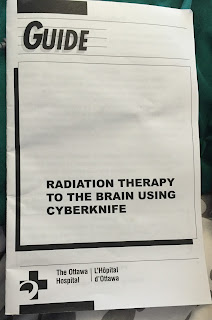 Hello all. I wanted to share an email with all of you, as I am unsure as to what information I have shared with whom and, as always, find it easier to do so in writing.

I have just had my 5th tumour zapped. The first was in November 2012, the second in May 2015. Numbers 3 and 4 were in December of 2015 and are still there but stable. The most recent was on Tuesday, March 15. As you can tell from this, things have accelerated. I have been told by my radiation oncologist that I should not be surprised to see a new tumour every time I have an MRI (every 2-3 months) for the next while.

The tumours have also moved from the tissue in the brain to its lining and present as more of a "thickening". They're also closer together, which makes them harder to zap. Since tissue can only be radiated once, this means that we are running out of room for Cyber Knife.

There is unfortunately no drug that would address Her 2+ breast cancer in the brain that crosses the blood-brain barrier. There are some amazing breakthroughs on the horizon and we are hopeful that we can keep using CyberKnife for something to become a reality for me. We met with both oncologists on March 4, after what had already been a very hard day, so we still have many questions. I do feel like I am getting really good care and like both my oncologists a lot.

We saw my radiation oncologist again on March 15, right after my CyberKnife and he showed us the images of my brain and really took his time answering questions. My next appointment with my medical oncologist is May 4 but he has said that I am welcome to ask to come in and talk to him before then and I plan to do so.

The next step in the progression of my brain mets is something called "leptomeningeal metastasis" or "carcinomamatous meningitis" (they mean the same thing). This is when the cancer cells progress from brain tissue to the lining and then into the cerebral-spinal fluid. Please don't Google this. I did and found very dire info and didn't realize it was from 2005. Lots has changed since then for the better. It's not a good diagnosis but more hopeful than 15 years ago, for sure! I will include a fact sheet or two at the bottom of this message with more info. I already have some of the symptoms, including sporadic loss of sensation in my face (I call it "facial paralysis" as I feel increased pressure and then my jaw won't open. It can make talking a challenge, sometimes with funny results)

This is a pretty good fact sheet about brain metastasis: http://www.brainmetsbc.org/en/content/frequently-asked-questions-about-brain-metastasis

This one is addresses symptoms. I have the first 7 only: http://www.brainmetsbc.org/en/content/symptoms-and-diagnosis-0

We are still hoping that I can look back on all of this in two years and feel relief and happiness that I am still well but we are also being realistic. I need to live in in this hope but also accept that I need to do so in the body I have for the time that it is left to me. This emotional fallout has been very hard to deal with but I have had some time (a couple of weeks anyway) and am moving towards acceptance (with lots of hope, not forgetting the hope).

In happier news, Daniel will be 13 in a few weeks and Sacha will be 18 soon after that! We have told Daniel that he doesn't need to make his decision yet whether to have a party (for his non-Barmitzvah) or a trip. We'll keep you posted. Meanwhile, we are thinking of a family vacation out west in the summer.

We have concert tickets to see Courtney Barnett for late May in Montreal with Sacha. He has been informed that he has to buy his mother a legally purchased beer.

Having things to look forward to is making us all much happier these days.

Please feel free to ask any questions once you have read this over and absorbed but don't feel like you have to do so. I just wanted us all to be on the same page and to spare myself the difficulty of having to repeat myself.

With much love as always,
Laurie and Tim 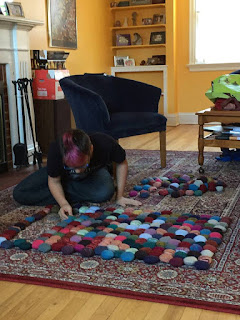 Time for another one! What would yours be?

In random order, the things that make me happy these days:

My friends and chosen family (and that includes lots of real family). 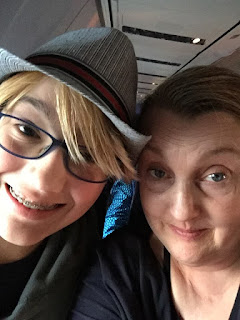 My sister (because that bears repeating). 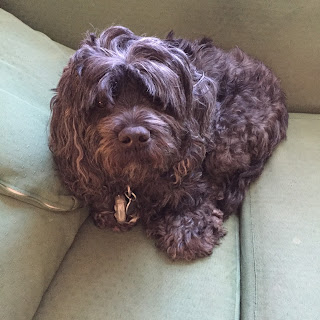 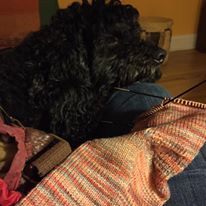 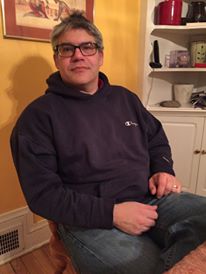 My brain (ironically, I know). 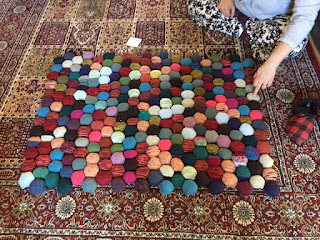 Cyber Knife is radiation (and other news)

First of all, thanks to you all for giving me all this space. It has meant a lot to me.

I'm ready for questions now and to talk about it but first I have to have lunch and then go to Cyber Knife radiation.

The name is confusing but it's radiation that can be done differently than whole brain (which is generally only done once). Each new tumour can be targeted directly in one to a few days and you can keep going for quite a while. It's newish technology so no one is certain what that means.

My first brain tumour (in November 2012) was treated with conventional surgery, followed two months later with radiation. We did the same thing in May 2015. The two tumours zapped in December (4 days that time) are still there but stable.

So this is number 5. Every person is different but I find that it takes me a week to recover (this was hard the first time, when I was told people generally have no side effects). As with Herceptin, I am chosing to believe that this is because it's working.

It's "tricky" as they say because it's not in the tissue of the brain but a thickening of the lining. They also have to avoid the other tumours and tumour scarring. I trust that my radiation oncologist is very good but we have all established that art and science are mixed in these proceedings.

Clear as mud? Not even going to proofread but will post.

at least i know what to expect on the table

I have a new tumour.

I will be doing Cyber Knife some time soon. I don't have a date yet but I'm not worried about that. They are on it.

Both my oncologists (radiation and medical) are not just good and smart but they really care what happens to me.

I have had a few days to take this in but have had some other (non blog related and not my story to tell) things on my mind. I have been feeling bad that I haven't explained here but I am letting that go.

Know that I am doing OK. We are doing OK. I just need a few days to rest, sleep (which I have not been doing for more than a couple of hours a night) and take care of myself.

Please don't take it personally, if you don't hear back from me about this right away. I know I am loved and supported.

If I don't want to talk about it right now, just follow my lead.