the wisdom of my therapist 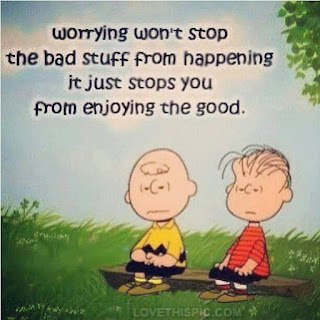 I've been seeing a therapist for a couple of years and, at this point, she knows me really well. I honestly don't know how I would have lived through the last couple of years without her and only wish I had started working with her sooner.

I've been thinking of some of the things that I have learned from her.

Patients who advocate for themselves have better outcomes. My therapist used to work in a hospital and this is something she learned then. I find it very comforting, especially as I make call after call to make sure I get the information I need to know how I am being treated and why. I feel so much better when I know what's happening. It's good to know that studies bear out my gut instinct.

It's almost impossible to have a panic attack if you are breathing. In one of our earliest appointments, she had me stop talking and take the time to breathe deeply. I felt first impatient and then much calmer. I very often forget to breathe when I am stressed, or I breathe very shallowly, and if I remember to breathe slowly and deeply I immediately feel much better.

Pay attention to what your body is telling you. This is especially true if, like me, you tend to live in your head. As with breathing, it's easy to ignore a headache, tense shoulders or anxiety gnawing away at the stomach. I've had to learn that, somewhat counter-intuitively, ignoring these pangs does not make them go away. They need to be noted and even held up to the metaphorical light and examined. As she keeps telling me, the body and the mind are very connected. Not in the sense that you can will yourself better but if you pay attention, your body can be telling you that something is wrong or that you need to slow down and take care of yourself.

Talking about something, even your worst fear, doesn't make it happen. This should be kind of obvious but I think lots of us are guilty of not saying things out loud because we are on some level scared that we will make them happen. Of course this isn't true and talking about a fear openly can make it lose some of it's power.
Posted by laurie at 9:20 am 7 comments:

Email ThisBlogThis!Share to TwitterShare to FacebookShare to Pinterest
Labels: conversations, good stuff, show and tell, things i do for my health

the latest developments in the brain of Laurie K 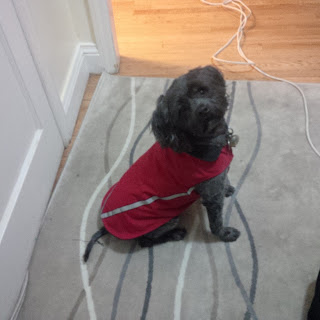 I have been planning for ages to return to writing in this space and feeling a bit guilty about it. I've just been really busy with other writing, volunteering, having fun and getting healthy.

Ironically, what brings me back is a return of the cancer in my brain. The letter below is an edited version of one I sent out via email earlier this week.

I am happy to have this blog. I just wish I had different news to share at this time.

My last MRI revealed two new tumours in my brain. Both are the same area as before - the cerebellum. One is in my inner auditory canal and the other is in the cerebellum tentori (the lining separating the cerebellum from the rest of the brain). In mid-October, I began to have vertigo and an ear ache and sore throat followed later. Once ear infections were ruled out, I wasn't surprised to learn that the tumour that sits on the auditory nerve causes these symptoms.

Surgery is not on the table at this time. I'll be having Cyber Knife radiation to both spots on December 1, 3, 4 and 7. The additional dates (the last two times, I did Cyber Knife in one shot) are because the tumour in the auditory canal (IAC) is sitting on a nerve and very close to other nerves. The radiation oncologist wants to take his time and cause as few side effects as possible. Given that these can affect movement, feeling, hearing and of course the vertigo, I'm all for taking things slowly and with caution.

Tim and I have had two weeks or so to let the news sink in and we are doing OK. We spent the first few days vacillating between sadness, anger and despair (and watched a lot of Netflix) but have been much better since seeing the doctors, knowing we have a plan and that the doctors are very well informed and communicating with each other.

My medical oncologist was also telling us about various possibilities for next steps. There are some really interesting things on the horizon, in terms of crossing the blood brain barrier and viral treatment of cancer. As I said to my medical oncologist, "It's a very exciting time to have brain mets!"

I am hoping hard  that by the end of 2015 the tumours are zapped to nothing and we don't have to go through this again any time soon.  Here's to a healthy, bike-riding, surgery free and zap free 2016.

I hope this is reasonably clear. Please feel free to ask questions and to talk about this - the boys know and it's not a secret.

With much, much love,
Laurie 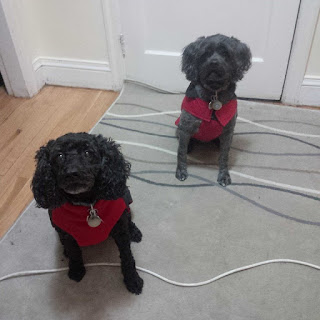 The dogs in coats have nothing to do with the blog post, except that they provide distraction from a heavy message. Dogs in coats make me happy.